There Arrives Apex Legends Battle Pass and Season One, Bringing Free Rewards for Everyone 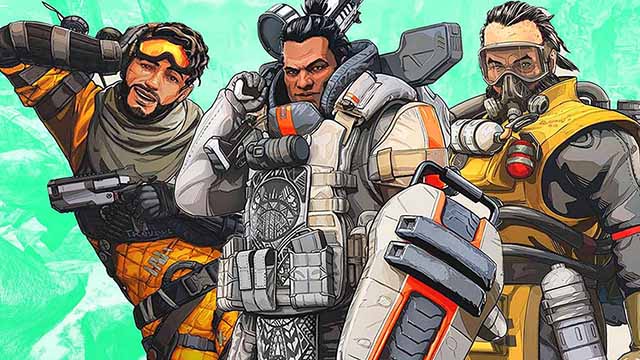 Just as in Fortnite, the Battle Pass costs 950 Apex Coins--roughly $10--and allows you to unlock a wide range of skins, cosmetics, and other rewards as you level it up throughout the season. Even if you don't want to shell out money for it, however, you'll be able to unlock some items for free. As EA confirmed on the Apex Legends website, all players will be able to earn a handful of free rewards during Season 1. These include one Wild Frontier Legend skin, five Apex Packs, and 18 Wild Frontier stat trackers. If you do decide to spring for a Battle Pass partway through the season, you'll also retroactively unlock any items you would have earned, so you won't need to worry about missing out on the rewards.

Of course, those who do purchase the Battle Pass will have access to even more goodies. Respawn is offering 100 tiers of rewards to unlock throughout the season, ranging from character and weapon skins to XP boosts, banner frames, and other cosmetic items. You'll also earn up to 1,000 Apex Coins through the Battle Pass, which would allow you to get Season 2's pass for free.

Most of what we can see in the pass is weapon skins and loot boxes, so we can assume that we're going to get a whole lot of other cosmetics coming as well. Hopefully they're a little more interesting than what we've seen so far, but the mixed loot box/premium store/battle pass monetization mechanic isn't doing great for the game so far.

Octane will be the first new Legend to release during Season 1, though he is not part of the content drip you'll work through in the Battle Pass. Read our full report on Octane, the next Apex Legend to see all of the determined info and image leaks so far.